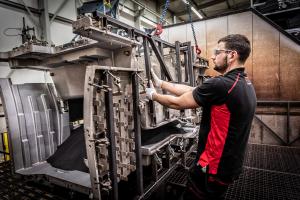 PRM Rotomoulding process in The Netherlands 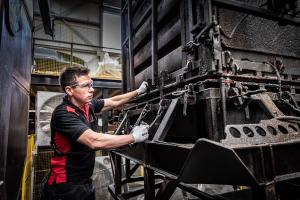 PRM Rotomoulding factory in The Netherlands

Swedish industrial group once again active in the Dutch market

RIJSSEN, OVERIJSEL, THE NETHERLANDS, November 12, 2021 /EINPresswire.com/ — PRM Rotomoulding (PRM) has been taken over by the Swedish publicly listed XANO Group (XANO). The business will continue as an autonomous company within the Scandinavian group and become part of the Industrial Products Business Unit. Through Marktlink Mergers and Acquisitions, Erik Lankamp, founder and director/principal shareholder of PRM, found in XANO the right buyer to take the business to the next level and realise international growth ambitions.

The Dutch Rijssen-based PRM Rotomoulding has specialised in plastic rotational moulding for over 30 years. The company, employing about 50 staff and with a yearly revenue of EURO 11M, has grown to become a renowned business in plastics technology. PRM is the proud owner of the largest rotational moulding machine in Western Europe with a diameter of 6.5 meter. PRM experiments and engineers in house with producing its own raw materials. PRM is mainly active in the agricultural market. Its renowned customer portfolio includes John Deere and Amazone.

Douwe Wolters started as PRM's general manager in 2020. He was recruited to further professionalise the business and intends to realise the international growth ambitions together with XANO Group. Lankamp will remain on board for the coming period: “The takeover offers great opportunities for both PRM and XANO Group. Our discussions revealed that there is still much potential to be realised by exchanging knowledge and expertise. We are happy for our employees and our customers that we have become part of XANO Group and we look to the future with great confidence.”

Acquisition with a long-term horizon as growth strategy
The Swedish publicly listed XANO Group consists of a worldwide umbrella of businesses specialising in production and development services for industrial products and automation equipment. Willem Mulder of Marktlink Mergers and Acquisitions: “Acquisitions form a substantial part of the growth strategy pursued by XANO Group. Over the past 40 years, they have made 60 acquisitions. XANO distinguishes itself by its long-term horizon and by having every company benefit from the specific know-how within the group while still retaining its own identity. We have talked to many interested national and international parties, both investors and strategists. The long-term vision, the knowledge of rotational moulding and the good click led Erik and Douwe to decide that XANO was the ideal party. The addition of PRM offers the Rijssen-based business great new opportunities and synergy gains.”

Within XANO Group, PRM forms part of the Industrial Products Business Unit. Other businesses in this unit are
Ackurat, Blowtech and Cipax.