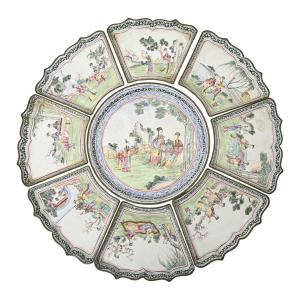 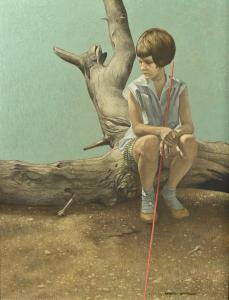 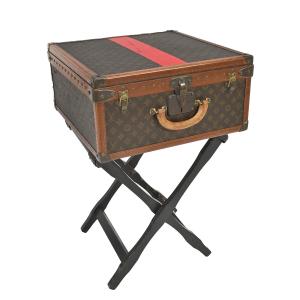 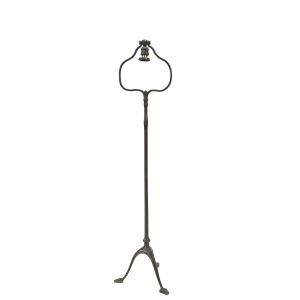 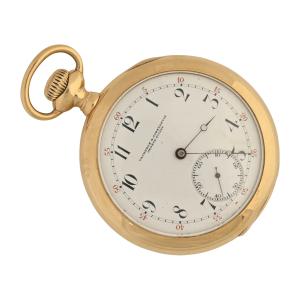 Well into 2021, Michaan’s Auctions President, Allen Michaan, sees no signs of a slowdown. Auctions are delivering what people want in these challenging times, says Michaan. “The base of collectors, worldwide, is growing by leaps and bounds, “ he notes. “People of all ages are drawn to collecting as a form of self-expression, a way to assert their individuality.

Art, antiques and estate property have more heart and soul than manufactured goods… that’s attracting today’s diverse auction buyers,” says Michaan. In addition, buyers and sellers alike are attracted by the inherent sustainability of auction sourcing. Michaan’s COO, Scott Bradley, points out that the auction business is insulated from the supply chain volatility that currently bedevils other marketplaces. “Fine furniture and carpets, art and antiques, jewelry — the winning bidder takes it home,” notes Bradley. “No orders, no backorders… it’s all right here.” And there’s no summer slump at Michaan’s, where the Gallery Auction on August 14 is preceded by the sprawling Annex Auction set for August 9, 10 and 11. August auction finds include: a trio of Chinese kesi panels finely embroidered with fantastical scenes; a colossal unmounted Colombian emerald; and a vintage Louis Vuitton trunk.
Taos, NM is among the most magical places on earth and a favorite subject of great American painters such as Bert Geer Phillips (1868-1956).

Phillips studied at New York’s celebrated Art Students League, and in London and Paris around the turn of the twentieth century. In 1915 he journeyed to Taos, where he co-founded the Taos Art Colony and began collecting Native American artifacts. Among the most important historic painters of the American West, Bert Geer Phillips mostly painted Native Americans and enchanting local landscapes, including the untitled view of Taos in the fall, offered at $3,000-$5,000 in Michaan’s August 14 auction.

Marc Chapaud, painter of atmospheric French landscapes, is an artist featured at Michaan’s in August. Two charming1967 oils on canvas by Chapaud are offered, each estimated at $700-$1,000. In 1940 the French painter Jean Isy de Botton (1898-1978) painted “La Foret et le Roi des Aulnes,” the oil on canvas offered on August 14 by Michaan’s at estimates of $800-$1,200. Jean de Botton was a figurative painter whose wonderfully stylized images are colorful and expressive. He enjoyed great success in Europe and the UK. The subject of many solo exhibitions in America from the 1930s to 1960s, he was also commissioned as a set decorator for the San Francisco Opera.

Paintings of California are often found in the selection of fine art at Michaan’s monthly Gallery Auctions. A highlight in August is “Crashing Waves Along the California Coast” by Alexander Dzigurski (1911-1978), estimated at $1,000-$2,000 in the Gallery Auction. Many works of art are offered in the Annex Auction as well, all genres and periods and at a wide range of price points.

Asian art is a leading category at Michaan’s, with an international following. August highlights reflect the diversity of the Asian art department. The collection of three embroidered kesi panels is estimated at $2,000-$3,000. Of various sizes and colors, all three are of the Chinese silk tapestry technique known as kesi, and finely embroidered with Daoist symbols, stylized motifs and fantastic beasts including qiling, dragon, and phoenix. The lot of eight Japanese woodblock prints, by various artists and spanning the nineteenth and twentieth centuries, is estimated at $400-$600. Artists include Hiroshi Yoshida (1876-1950) and Utagawa Hiroshige (1797-1858).

Fine Chinese porcelains continue to be among Michaan’s most avidly sought auction lots. In August, the pair of yellow famille rose deep bowls is estimated at $1,000-$1,500. Decorated in brilliant colors with auspicious motifs, these diminutive (3.3” tall) treasures are expected to attract many bids from porcelain collectors. Another highlight is the Chinese canton enamel sweet meat set, possibly Qing Dynasty. Nestled in its original padded box, the set comprising a circular dish with eight fan-shaped plates features graceful figures in an outdoor garden setting; estimated at $1,200-$1,800.

One of the loveliest auction lots at Michaan’s in August is the coral figure of a guanyin with a child ($500-$700). The branch of coral is carved as a guanyin in flowing robes, with a laughing child seated among flowers. Inquiries are welcomed by Michaan’s Asian art specialist, Annie Zeng (annie@michaans.com).

Fine jewelry is a focus of every monthly auction at Michaan’s, and in August the selection ranges from estate jewels and timepieces to the stunning unmounted, emerald-cut Colombian emerald weighing approximately 22 carats (estimated at $4,000-$6,000). Condition reports and further details are available by contacting Michaan’s jewelry specialist and GIA gemologist, Elise Coronado (elise@michaans.com).

Gold coin jewelry is found in the world’s great museums because it was worn in ancient times, by the Egyptians and Romans among others. It is featured in today’s fashion glossies and blogs because it is eternally chic and luxurious. Michaan’s offers in August a superb diamond and 18k yellow gold necklace centering three gold coins, among them a coin with the image of Queen Victoria. To wear this beauty is to wear a piece of history; estimated at $2,500-$3,500.
Rings of many styles and price points are found in the August 14 Gallery Auction. One pairs a round, brilliant-cut diamond of over 1.25 ct. with a ruby of equal size and the same cut, both bezel-set, side by side in a unique 18k yellow gold setting that looks ancient and modern at the same time ($2,000-$3,000). The emerald and yellow gold snake ring for a man is estimated at $300-$500.

Fine estate jewelry offered in August includes the suite of jewels by Buccellati: a ruby and 18k yellow gold two-tone Etruscan style band ring, and a pair of finely crafted 18k yellow gold pierced earrings fashioned as curling leaves. The Buccellati jewelry suite is estimated at $1,500-$2,500. Another estate jewelry find is the vintage diamond, ruby, gold and platinum-topped horseshoe motif suite ($400-$600), comprising a brooch and pierced earrings; the perfect gift for an equestrienne.

The sale on August 14 includes fine timepieces such as the Vacheron & Constantin 18k gold pocket watch, estimated at $1,500-$2,500. Jewelry lots of all kinds are hotly pursued at the monthly Annex auctions as well. Bidders can view photos and descriptions in the Michaan’s app.

There’s never enough vintage Louis Vuitton to meet demand, and Michaan’s delivers the goods in August: the small quintessential Vuitton monogram leather trunk, estimated at $1,500-$2,000. The bronze vase by French sculptor, Henri Louis Levasseur (1853-1934), is another highlight among the furniture and decorations auction lots offered on August 14. The Napoleon III vase, with a nude female figure and a twining berry branch, is typical of Levasseur’s elegant works; estimated at $1,000-$1,500.

Fine handmade carpets are a staple of every Michaan’s auction. Offered in August is an Isfahan carpet, approximately 14’ x 10’, in subdued hues of taupe, greens and reds (estimated at $2,000-$3,000). Isfahan, once the Persian capital, is a cosmopolitan city known for the beauty of its architecture and mosaics, and for its long tradition of exceptional textiles and fine rugs. Also to be sold on August 14 is the circa 1930 Lavar Kerman palace rug, 22’ x 12’ ($5,000-$8,000), with floral medallion designs on a blue floral ground.

Collectors of vintage toys will find a partial set of Schoenhut circus toys offered on August 14. Animals, figures, and accessories are included; estimated at $600-$800. The Michaan’s app has photos and details.

Find the full auction calendar, and register to bid, at michaans.com.