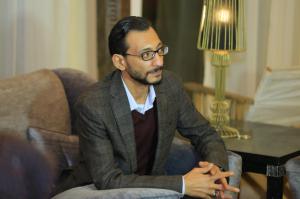 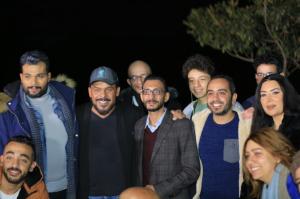 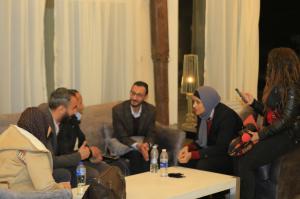 The Producer Hosny Mahmoud In a press and television interview 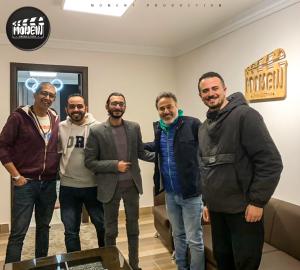 The Producer Hosny Mahmoud With the Movie actor 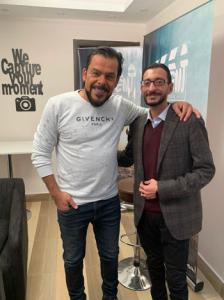 The Producer Hosny Mahmoud With the Movie Star Monther Rihana

GIZA, DOKKI, EGYPT, February 28, 2021 /EINPresswire.com/ — The Jordanian artist, Munther Rayahneh, continues to shoot scenes of his movie "Al Haroun", written by Ahmed Anwar, through which he returns to the Egyptian cinema. He will be standing in front of the cameras of director Moataz Hosam, and co-starring Abeer Sabry, Ihab Fahmy, Muhammad Ezz, Hajer Al-Sharnoubi, Amir Salah al-Din, and Hamdi Heikal. Until now, no deadline has been set for the film screening.

"The script and the story are written in a different way, and revolve around suspense and excitement rising from the idea of treachery among humans, through the emergence of gangs and disagreements that arise between a group of antiquities dealers." Munther said, in exclusive statements to "Al-Masry Al-Youm"

Regarding his character in the film, Munther said: "I embody a different character, an engineer in evil, a different story that I loved very much, a strange character, action and suspense, an action that does not need prior training because it is a mental action so physical strength is not required."

Regarding his relationship with the work team, he said: “I did not care whether the director of the work was going through his first professional experiences or not, and Moataz Hussam is pretty experienced. In the end, he occupies me in the way of his thinking and the extent of his knowledge and awareness, and whether it will be an addition to my favor or not, that is the decisive factor to me. I do not see things in that way, I am working with a director for the first time and so am I with the producer, but it was the story that pushed me to sign the contract”.