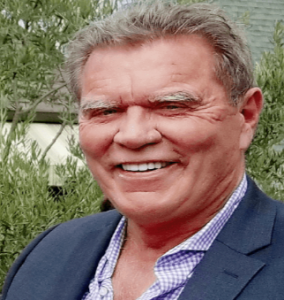 LOS ANGELES, CA, UNITED STATES, January 12, 2021 /EINPresswire.com/ — Although the Tax Cut and Job Acts of 2017 reformed the tax code by creating a larger standard deduction and eliminating some miscellaneous itemized deductions, many deductions still exist. Mortgage interest is still deductible up to a debt of $750,000, and many individuals still claim the mortgage interest deduction. However, individuals often overlook these five other top ways to lower their taxes, says Terry Selb, an attorney who specializes in tax issues.

Individuals can lower their tax liability in two ways. Deductions reduce the amount of income that is subject to taxes. They will lower the tax bill by the percentage of the taxpayers' tax bracket. For example, if the deduction is $1,000 and the individual is in a 24 percent tax bracket, the deduction has lowered taxes by $240, says Terry Selb. On the other hand, a credit reduces the amount of taxes owed, so it reduces tax liability dollar for dollar. A $1,000 tax credit lowers the tax bill by $1,000, says Terry Selb.

Three of the top ways to lower taxes are credits. The first is the earned income tax credit. This credit is for lower-income earners. Although millions take this deduction every year, about 25 percent of those eligible fail to take it. Many people who traditionally have considered themselves to be middle class may qualify because of a reduction in salary, working fewer hours, or losing a job, says Terry Selb. Two other tax credits affect students. The American Opportunity Tax Credit is for low and middle-income students attending college or another higher-education program for the first time. The lifetime learning credit applies to lower-income students in any higher education program, regardless of whether it is their first time or not, says Terry Selb.

Two deductions are often overlooked. The first is state and local taxes. Taxpayers may choose between deducting state and local income taxes or state and local sales taxes. In most states, deducting income taxes makes the most sense. However, several states, including Alaska, Florida, Nevada, New Hampshire, South Dakota, Tennessee, Texas, Washington, and Wyoming, do not have state income taxes. In this case, individuals would deduct their sales taxes, says Terry Selb. The second deduction is interest paid on student loans. To deduct this interest, an individual must be liable for the debt and pay it themselves. This deduction is capped at $2,500 annually, says Terry Selb.

About Terry Selb
Terry Selb is a senior partner at GetATaxLawyer.com. He received a bachelor's degree in political science and government from the University of Minnesota and a law degree from the William Mitchel College of Law. Terry Selb has spent more than 20 years consulting with small businesses and individuals on tax issues.