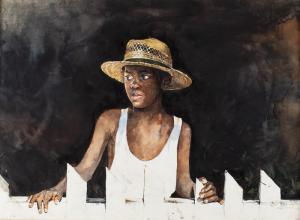 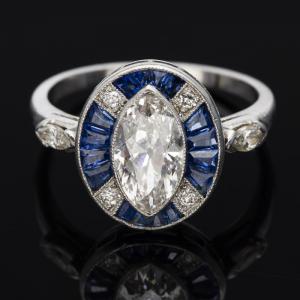 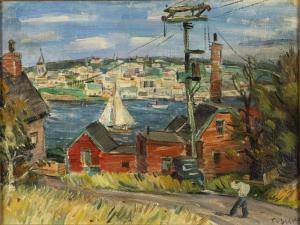 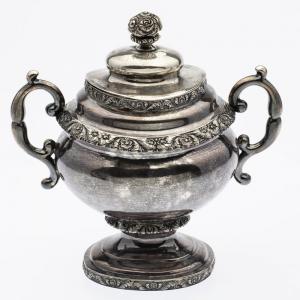 The multigenerational Weiss collection featured in this auction was started by Moses Weiss, a colorful entrepreneur, bootlegger and founding member of the American Stock Exchange.”
— Amanda Everard – Owner, Everard Auctions

SAVANNAH, GEORGIA, UNITED STATES, September 23, 2020 /EINPresswire.com/ — Steeped in traditional values but competitively armed with the latest technology and marketing techniques, Everard Auctions is the preferred choice of many private and institutional collectors who choose to deaccession fine art. Five times a year, the company’s trusted reputation is validated with an exciting Fine & Decorative Arts online auction featuring high-quality estate paintings and objets d’art. Preparations have just been finalized for Everard’s next auction, featuring art from Southern estates and private owners. Absentee and Internet live bidding will be available through LiveAuctioneers from September 22 through October 8.

The top-estimated lot at $30,000-$50,000 is Stephen Scott Young’s (FL/SC/Bahamas, b. 1957-) charming watercolor titled Tenth Son. It is a 21- by 29¼-inch (sight) depiction of an African-American boy in a pierced-straw hat and summer attire standing next to a white picket fence. The painting is signed and dated ’99 at lower right, with the inscription “First Study Shelley’s Brother.”

A contemporary realist known for his luminous watercolors of the people, landscape and architecture of the Bahamas and America’s coastal Southeastern region, Stephen Scott Young knows and has a personal connection to most of his subjects. A south Florida resident who was born in Hawaii, Young has spent substantial periods of time in the Bahamas, where his wife’s family has deep roots. He mostly paints en plein air. In 2012, a very well-received exhibition of his works was presented in New York by Christie’s Private Sales and Adelson Galleries.

The Stephen Scott Young watercolor and 19 other artworks by Southern artists were consigned to Everard’s by the same source. Within this tasteful selection are 11 works by the widely collected Savannah artist Myrtle Jones (1913-2005), who is known for her streetscapes, portraits and depictions of Savannah architecture. Jones took up painting in 1950 while studying at Telfair Academy, but she has been identified as, and considered herself to be, a self-taught artist.

Twenty-seven artworks are offered from the Estate of Judie Weiss, including an Andre Derain (French, 1880-1954) oil-on-canvas, Bather, which depicts a reclining nude on the beach. The 6 1/8- by 12 3/8-inch (sight) painting is entered with an $8,000-$12,000 estimate. The estate collection also features 12 paintings by Josef Foshko (NY/Russian Federation, 1891-1971). Foshko highlights include an oil-on-canvas titled Bathers, depicting a nude and woman in white at the seashore with a child in the background. Measuring 23¼ by 33 inches (sight), it is expected to make $1,500-$2,500 at auction. A Foshko oil-on-canvas harbor scene, 13½ by 17½ inches, is an atmospheric seaside rendering of a figure walking along a road with a sailboat and harbor in the distance. It has a Greer Gallery exhibition card on verso and is entered with an $800-$1,200 estimate.

“The multigenerational Weiss collection was started by Moses Weiss (b. circa 1895-1962), a colorful entrepreneur, bootlegger and founding member of the American Stock Exchange,” said Amanda Everard, co-owner of Everard Auctions. “He was also a patron of the arts and personal friend of Josef Foshko, who even painted Moses Weiss’ portrait. Mr. Weiss left his art collection to his daughter, Judie Weiss Kaplan, who was a licensed interior designer and owner of racehorses. Judie and her husband, Judah Kaplan, relocated to Savannah in 2003, where they remained for the rest of their lives.”

A 9½-inch-tall bronze (including tiered stone base) titled Annabelle is signed by the artist, Sir Jacob Epstein (NY/UK, 1880-1959), on the back of the head. It is accompanied by two books about Epstein and a letter from the artist to “Mr. and Mrs. Moses Weiss” in which he identifies the subject of the bronze as his grandchild “Kitty.” The letter also states that Kitty’s other grandfather is “Prof. Freud the great psycho analyst.” The auction estimate is $1,200-$1,800.

An extensive selection of silver includes a coin-silver lidded urn by Savannah silversmith Frederick Marquand (active 1820-1826), marked “F. Marquand” on the base and weighing 27ozt. It is estimated at $500-$1,000. Additionally, there are several tea sets, a large 19th-century Austrian silver service, and several silver goblets and mint julep cups. The decorative art category is highlighted by a pair of Chinese incised celadon jade bowls, estimated at $2,000-$3,000; and a TL-tested 14-inch Tang Dynasty terracotta horse, $1,200-$1,800.

Everard’s Fine & Decorative Art from Southern Estates and Private Owners online-only auction will be conducted through LiveAuctioneers from September 22 through October 8. Gallery preview dates: October 1-2, and 5-6, with mandatory masks and social distancing. For additional information on any item in the auction, call 912-231-1376 or email info@everardandcompany.com. Everard Auctions & Appraisals is located at 2436 Waters Ave., Savannah, GA 31404. Visit the company’s website at www.everard.com.