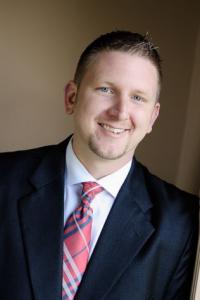 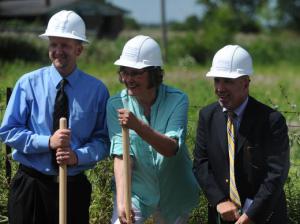 The Indiana real estate broker has created a cloud based brokerage

USA, August 12, 2020 /EINPresswire.com/ —
#1 (commercial) real estate agent Luke Durbin has now announced that he has created a cloud based brokerage, where the achieving goal is to give the agents the chance to work from home. He has stated, “I am really excited about this and funny enough, I didn’t have the intentions to create this in the beginning.” His aim is to keep everything virtual, for he believes it is the new long term trend for brokerages and real estate in general.

The idea of creating a cloud based brokerage started when a friend of his was interested in becoming a real estate agent. His friend wouldn’t think of working for any other person but Luke; which made him commit to starting the brokerage. Luke stated, “Turns out, I was pretty good at it and started creating systems and processes for everything to help him out and it manifested into something I wasn’t even looking for and I am so thankful that it did. I found out how easy it was to have a virtual office and was very easily able to tap into a whole other market in Indianapolis and all different parts of Indiana, that wasn’t even on my radar.”

Now that the cloud based brokerage has been created, Luke has been able to hire more agents, have a full time transaction coordinator and a full time client care specialist. Luke stated, “I meet more with my agents virtually every day than I ever met with any of my brokers who were in the same building. It’s crazy how God works, I just get out of his way and allow him to lead me. I guess you can never say never; but I would find it very difficult to even think of ever getting an office now. Net is far more important than the ego of having a big office and overhead.”

For 14 years he was at the big box brokerage and felt that he needed to close the chapter on that part of his life and move on. He has stated, “For 14 years, I worked out of a very tiny office, literally the size of a closet if not smaller, so moving my office to my home office was actually quite the step up for me. But this was until I could find some nice office space to purchase or lease. However, everytime I would find a building that I thought could work, my gut just kept telling me how stupid it was.”

Luke was originally weighing options as to whether he should take on the extra overhead or not, but he had put other priorities first and decided to not go with it. He has stated, “The reality was, as I started looking back at the last 5 years of my business, I couldn’t remember one time that a client ever came into my office. I always met them at the property and in today's age everything is signed virtually online.”

Luke Durbin is popular for many things; coaching children to have a better future, bringing job opportunities to his community and agents, helping people move into houses and closing many deals. Luke Durbin has always had a humble image, for he had a troubling upbringing that presented him obstacles in life. However, having to face those obstacles, he has only become stronger and always has a positive attitude towards life. Luke got into real estate when he had to face a difficult situation of his father being homeless.

He had met a man who was working at a bank and the man’s responsibility was to get rid of properties going into foreclosure.That’s when Luke purchased a house for $6,000.00 and had allowed his dad to stay there for free. His passion for real estate grew rapidly, showing signs of success as he started to have competitors against him. Even though he had little knowledge about real estate, he was a quick learner.

His inventory grew to over 60 houses on the market and he sold $10 million worth of real estate despite it being a saturated market. As he developed his career throughout the years, he soon earned the title as the ‘number one commercial real estate agent in midwest of Indiana’, gaining popularity and trust from clients. Luke was achieving over $200 million worth of sales and leases.