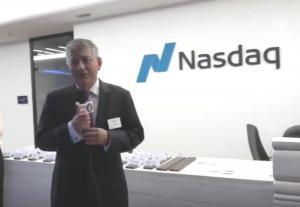 On the matter of new personnel… Nathanael Marler, BCR's Global Business Expert is expanding his outreach efforts by inviting Luis Galvis to join him at BCR. Galvis has a wealth of experience in global business and last year served as UN Ambassador of the indigenous people of Mexico.

Galvis worked in global business for decades in projects based in Asia, Mexico, Central and South America and Europe and says he is extremely grateful to have been honored to serve as Ambassador to the indigenous people but that he welcomes returning to the corporate world where he received his international training.

On the matter of listing BCR on additional exchanges… Bloomberg Technology news recently reported that HomiEX and Xanpool have partnered to explore the creation of a Fiat Gateway system in South East Asia that will enable HomiEX users to utilize Xanpool's infrastructure to convert "from cash to crypto" in Singapore, Hong Kong, Malaysia, Thailand, Indonesia, India, Philippines, and Vietnam.

The partnership is beneficial for both companies since Xanpool can access a large target user group, expand its user pool quickly, and further improve its crypto-fiat liquidity.

Bankcoin Reserve (BCR) is now listed for trade on Singapore based HomiEX. BCR has its own native Blockchain. Wallets can be downloaded at https://bankcoinreserve.io