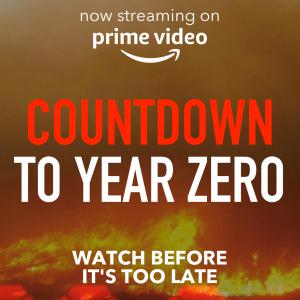 Countdown to Year Zero is FREE for Amazon Prime members! 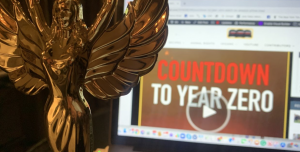 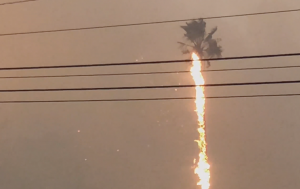 This shot from the doc shows a palm tree in flames during the recent Malibu wildfires.

The award-winning climate change documentary is now available on Amazon Prime Video. It will also screen at the Culver City Film Festival on December 11th!

Jaw-dropping! Required viewing for anyone who cares about the future.””
— Donny Moss of TheirTurn.net

LOS ANGELES, CA, UNITED STATES, December 4, 2019 /EINPresswire.com/ — Countdown to Year Zero hones in on the unprecedented crisis unfolding before our eyes: climate change! But, it offers hope! There’s one easy switch we can all make to immediately begin to reverse climate change! This film explores that fix!

Countdown to Year Zero is available on Amazon Prime Video. It's free for Amazon Prime members and just 99 cents for everyone else!

And, on Wednesday, December 11th at 4pm, it will also be shown at the Culver City Film Festival!
Click here to get your tickets!

Sold out at NYC’s 2019 Chelsea Film Festival and screened to rave reviews.

“Stunning and powerful!” The Eden Magazine

With appearances by Greta Thunberg, Jane Goodall, Alicia Silverstone, Captain Paul Watson and many others.

The clock is ticking…

Trailer for Countdown to Year Zero