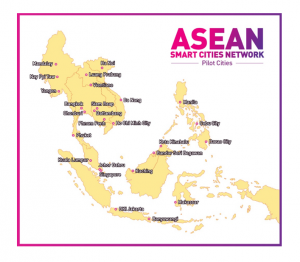 Global trade in the ASEAN region is significant, topping US$5.3 trillion per year. Combined gross domestic product is US$2.4 trillion making it is the third largest economy in Asia, and the seventh largest in the world. The region’s E-commerce is robust as well and is the most dynamic sector of the digital economy. Gross merchandising value (GMV) hit US$23 billion in 2018 more than doubling the numbers generated in 2017, which recorded US$11 billion.

SUIC and iDrink are continuing to apply their growth strategy, which has proven fruitful since the two companies began working together. Their base network will expand sales of iDrink systems, develop business partnerships with companies in the region, and manage iDrink business on its iCloud platform, iDrink SUIC Malaysia Sdn Bhd.

The plan is ambitious and doable. 500 iDrink Smart IoT beverage vending machines will be installed in various Malaysian cities starting in the last quarter of 2020. It will also market directly to consumer base, providing services including sales, promotion, and marketing, installation, support and maintenance of the iDrink packages.

[500 iDrink Smart IoT beverage vending machines will be installed in various Malaysian cities starting in the last quarter of 2020.]

At the 32nd ASEAN Summit on 28 April 2018, the ASEAN Leaders established the ASEAN Smart Cities Network (ASCN). This will help the region move forward to create more and more IoT activity, which feeds into the objectives of iDrink SUIC Malaysia SdnBhd.

iDrink’s smart IoT beverage vending services serve as a gateway to the millions of beverage consumers in the region. With SUIC’s expertise in identifying new trends and technologies together with a strong understanding of the ASEAN ecosystem, the future of iDrink’s business in the region’s beverage and food sector is poised to take full advantage of the region’s 650 million consumers.

As economic growth in Southeast Asia continues, iDrink SUIC Malaysia SdnBhd can expand its marketing plan and operations in the AEC for the iDrink Smart IoT beverage vending packages, Drink Coin virtualization, iCloud cloud solutions, and data center services. In the world of smart IoT and smart cities, iDrink and SUIC are proving to investors to be a very — smart — business venture.

[The joint company will generate a larger pool of resources and will leverage iDrink global brand as well as SUIC’s networks and expertise in its role as a gateway for international brands to reach millions of consumers worldwide.]

iDrink Smart Vending Machine is the world’s first ever beverage E-commerce and social exchange platform, a smart IoT vending machine first ever of its kind! iDrink will construct an O2O ecosystem by making available the iDrink tokens and coins to users worldwide, thus connecting its blockchain technology with the IoT through Bluetooth on smartphones and other devices. To learn more, please visit www.idrink.com.tw

The Sino United Worldwide Consolidated Company provides Venture Financing and Blockchain services to five sectors including: “Logistics & Trade”, “Vehicle & Transportation”, “Finance & Coin”, and “Medical & Healthcare”, and a new addition, “Fintech.” The addition of the Fintech sector to SUIC’s Blockchain services includes a comprehensive update in which SUIC will build up its own internal capabilities by actively starting a Blockchain training program, developing a 3rd generation Smart Contract Blockchain under the SUIC brand, and using these capabilities to offer a comprehensive ICO consultancy. Shareholders of SUIC will be exposed to the diverse application of blockchain services in various parts of the economy. Additionally, existing and potential customers can benefit from this company’s diversified portfolio of technologies and consulting services in the four sectors. As one of the first publicly traded technology companies, SUIC serves as an innovative leader by integrating these five sectors. To learn more, please visit www.sinounitedco.com.