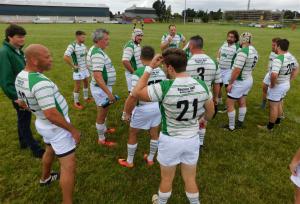 South Jersey RFC getting ready to take on Monivea RFC on their Irish Rugby Tours trip to Ireland. 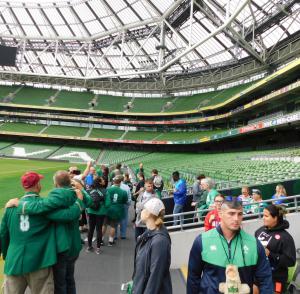 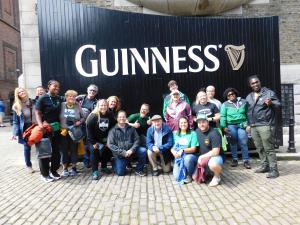 After a thirsty day in Dublin it was time to visit the fantastic Guinness Storehouse.

To celebrate fifty years as a club, South Jersey RFC went to Ireland with Irish Rugby Tours. Here they tell us a little about their "terrific" experience.

great planned rugby tour that was carried out by our guide and the drivers to perfection”
— Bob Carr, South Jersey RFC

DUBLIN, LEINSTER, IRELAND , October 17, 2019 /EINPresswire.com/ — To celebrate fifty years, South Jersey Rugby Football Club wanted to do something that little bit special. Earlier this year, they jetted across the Atlantic to Ireland for what they later described as a “great planned rugby tour that was carried out…to perfection”.

The tour was organised by global rugby tour specialists, Irish Rugby Tours, who bring their distinctly attentive touch to tours all over the world. Irish Rugby Tours has over twenty years experience of looking after groups from both home and abroad. The company has built up long and strong bonds with the rugby community in their native Emerald Isle and thus was the obvious choice for South Jersey RFC.

“A local university had used Irish Rugby Tours before,” says Bob Carr, South Jersey RFC. “They came highly recommended and now we know why. They did a great job. They were always accessible and ready to answer any questions or give information. Our guides and drivers were terrific and on the rugby side of things, the matches that were provided were very fair; we didn’t play against a team that was far superior. The post match that was provided was great fun too and a lot of people got involved with the music and dancing.”

The touring group consisted of over sixty people representing both women’s and men’s teams from South Jersey RFC. Over six days, they packed in two matches, against Athy RFC in Leinster and Monivea RFC in Connacht. In Dublin, the group witnessed a full international as Ireland took on Italy at the Aviva Stadium. From the home of Irish rugby it was on to the home of Guinness for a pint of the famous Irish ‘medicine’ before heading into the West and along the Wild Atlantic Way to the Cliffs of Moher. A highlight for many was the free day to explore the delights and charms of Galway City while many others welcomed the chance to use the pool and steam room in the Connacht Hotel after the bruising encounter with the aforementioned Monivea RFC.

“As many of us had not been to Ireland before the places we toured and visited were perfect,” says Bob. “Since we got home, I have been talking with a bunch from our group and we all have some great stories from the trip. We would and will be recommending Irish Rugby Tours to others and we will definitely be using them again. It was worth every penny. There was nothing else we could have asked for.”

Irish Rugby Tours is based in the heart of Munster. The company has been organising and hosting both Irish and international rugby tour groups for twenty years. In that time, it has built strong and trusted relationships with rugby communities, rugby coaches, activity and accommodation providers across Ireland, the UK, continental Europe, the United States of America, Canada, Australia, New Zealand and South Africa.

Our history with USA Rugby goes all the way back to 1987, when our chairman was one of the head coaches to the USA Eagles prior to the first World Cup in New Zealand.

South Jersey RFC celebrate 50 years with a trip to Ireland with Irish Rugby Tours. Here are just some of the highlights.