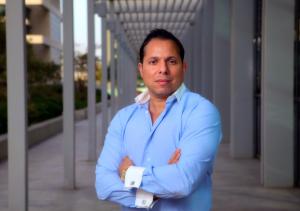 Joseph Grinkorn investment expert and CEO of Morris Group predicts, as the US stock market hits all time highs the US economy under Pres.Trump is unstoppable.

The US stock market will continue to hit all time highs and if the US & China trade war escalates the US economy long term is still unstoppable.”
— Joseph Grinkorn

NY – NEW YORK, USA, August 20, 2019 /EINPresswire.com/ — After a steep market correction ending 2018. The stock market has come back to all time highs. Recent tensions with the US China trade war has made markets a little volatile, but as president Trump has said "there's no rush" to get a deal done with China, the US could be better off with no deal.

Trumps recent 25% tariff increase on 200$ billion of Chinese goods coming into the US has to hurt the Chinese market, and if need be, he has an additional 340$ billion to keep taxing. China on the other hand is basically maxed out, as the US only exports 120$ billion of goods into China. All retaliatory measures China has already used up.

Traders and analysts are split with most disagreeing with the president, however Grinkorn thinks the presidents game plan just might be the best thing for an ultimate deal for the US and China. Grinkorn continues by saying: “Trump’s book "the art of the deal" was a best seller and he looks at the economy as a business deal, not as a political agenda, It's a big difference. When one analyzes the current trade deal it’s obvious the US isn't getting a fair deal. And ultimately that's what Trump wants a fair deal, not a favorable one.”

From Chinas standpoint, Grinkorn predicts a deal will get done soon, as their economy continues to struggle, they won't have much of a choice. There are many other countries in Asia that would be happy increasing exports to the US and picking up for China. When Trump was elected, they thought he would be easier to deal with as he has had a relationship with Chinese investors and banks for many years. But he ran as an America First campaign and that's what he is delivering. "Making America great again"

Grinkorn adds Trump to date has delivered the lowest un-employment numbers in history a record-breaking stock market and the biggest tax cuts in decades, all in two and a half years this is simply an amazing achievement that no one thought was possible.

Trade has been a big issue for years Unfortunately other presidents did not want to touch it do to politics, however the president won the presidency as a non-politician candidate, and once he finally makes a deal with China, markets will continue to hit new record highs and pave the way for a 2020 presidential re-election.