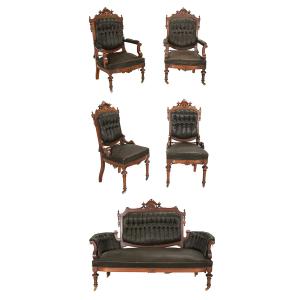 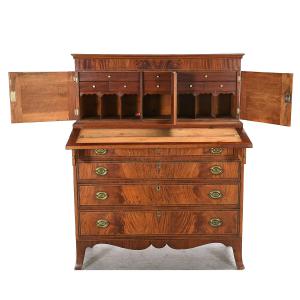 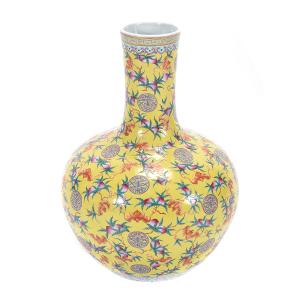 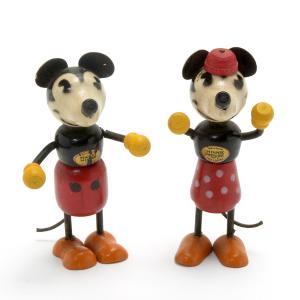 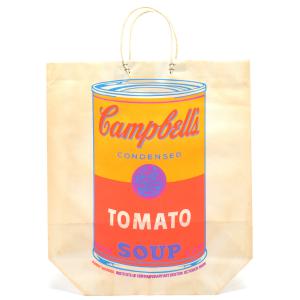 “The final quarter of 2019 will be an exciting time in the auction business ,” says Scott Bradley, Vice President and COO of Michaan’s Auctions. “Rare private collections, fine estates and property from the Fine Arts Museums of San Francisco have made Michaan’s monthly sales very special this year — and there’s much more to come.” Michaan’s Gallery Auction on Saturday, September 7 offers exceptional property in every category.

Michaan’s September sale of fine art will thrill collectors with a New York landscape of excellent provenance by Ernest Lawson (1873-1939), one of ‘The Eight,’ a group of progressive young artists who assertively challenged the dominance of formal academic traditions in early 20th Century American painting. Lawson exhibited at the Paris Salon of 1894, where the critic William Merritt Chase called him “America’s greatest landscape painter.” In New York he was a prominent and influential Impressionist, the only one of ‘The Eight’ to focus on landscape painting. With their unconventional compositions, complex colors and masterful strokes of the palette knife, Lawson’s paintings are lyrical and powerful at the same time. Ernest Lawson’s impasto oil “Landscape – New York” is estimated at $30,000-$50,000.

Another top highlight is the 1962 folio of twelve brilliantly colored aquatints by Georges Braque, “l’Ordre des Oiseaux,” offered by Michaan’s at $20,000-$25,000. Braque created this joyful work in response to a poem written in honor of his 80th birthday by Nobel laureate Saint-John Perse. The Nobel Committee praised “the soaring flight and evocative imagery” of Perse’s poetry; the same can certainly be said of Braque’s “Oiseaux,” a masterpiece of graphic design, modern art at its most optimistic.

In September Michaan’s also features the French graphic designer Paul Colin, perhaps the greatest French poster artist of the Art Deco period. Colin rose to fame in 1920s Paris, as African art and the music of Josephine Baker exploded in popularity among the avante-garde. Michaan’s offers his mixed media gouache on paper “African Dancer” and “African Man with Monkeys,” together in one frame, at $3,000-$5,000.

A special opportunity for collectors is the oil on board, “Marin County Farm” ($8,000-$10,000) by ‘Society of Six’ painter Selden Conner Gile (1877-1947). Gile’s plein air landscapes, pulsing with vitality, show Fauve and Impressionist influences but mostly the artist’s singular vision. He lived the quintessential California Bohemian artist’s life, entertaining guests like Jack London on his Belvedere houseboat. Gile’s 1924 painting of Taos hangs in the Oakland Museum of California.

Another standout among the designer jewels is the emerald and diamond ring by Schlumberger for Tiffany & Co. ($8,000-$12,000). A dramatic dome of diamonds centering a sizable emerald-cut emerald, the Schlumberger ring is a bold statement of impeccable taste.

Also highlighted is the pair of earrings by British designer Elizabeth Gage (b. 1937), whose creative vision has long been admired by international tastemakers. Gage’s “African Queen” earrings are offered by Michaan’s at $1,000-$1,500. Featuring a striking ancient coin form design in 18k gold, the earrings are accented by fine diamonds and cultured pearls.

Michaan’s selection of fine furniture and collectibles is especially diverse and noteworthy in September. Eames is featured, with several lots including the sculptural ‘Time-Life’ stool of turned walnut, c. 1960 ($1,500-$2,500). In addition, this auction initiates Michaan’s POP! auction-within-the-auction. POP! focuses on mid-20th Century furniture, fine art, “Turn On, Tune In and Drop Out” related memorabilia, including costume; textiles; movie, rock and pop culture posters. Each section of POP! has a unique twist – some sections will look more to the 1950s and 1960s, others, more toward the 1970s and 1980s. The c. 1950 vanilla fiberglass Eames Zenith rocker, first iteration with rope edge, is estimated at $1,200-$1,800. Also of the period is Knoll’s Model 700 upholstered daybed designed by Richard Stein (1917-1990), with beechwood frame and lever-operated folding function ($1,500-$2,000). George Mulhauser’s bentwood walnut and black leather lounge chair with ottoman, known as “Mr. Chair,” is another mid-century modern find (c. 1960, $700-$1,000).

Beatles fans and collectors will be thrilled to find a “Yellow Submarine” film cel ($2,000-$3,000) featuring all four Beatles, part of the “Apple Bonkers” section of the iconic movie. A complete issue of the Andy Warhol-designed multi-media magazine Aspen is offered at $2,000-$3,000. Published in December, 1966, the issue is housed in a box mimicking the graphic design of vintage “Fab” laundry detergent boxes. Among its contents are a flip book based on Warhol's film “Kiss,” a flexi disc by John Cale of the Velvet Underground, and a "ticket book" referencing Timothy Leary’s papers about LSD.

Asian art and antiques from fine estates and collections continue to shine in every auction at Michaan’s. 2019 has brought the consignment of exceptional porcelains which have sold very well. From a private San Francisco collection, a top September highlight is the Arabic-inscribed Chinese blue and white bottle-shaped vase with ‘garlic mouth’ estimated at $8,000-$12,000. This offering follows Michaan’s sale in March of a large Arabic-inscribed blue and white plate for $3,500, and the May sale of a Chinese ewer with Arabic inscription for $25,000.

Carved white jade, famille rose porcelains and a massive lingbi scholar’s rock with stand are also among the Asian art highlights. A Chinese ruyi scepter, of cinnabar lacquer finely carved with symbols and decorative motifs, is $2,000-$3,000.

Well aligned with the season is the pair of Chinese brown lacquered, hardstone inlaid wall panels ($3,000-$5,000) inscribed, “In the garden, there are autumn colors, In the home, there is quiet cultivation of virtue”. Dating to the late 18th/early 19th century, the panels are accompanied by a written evaluation, dated 1962, by Kuo-P’ing Chou, the University of Wisconsin.