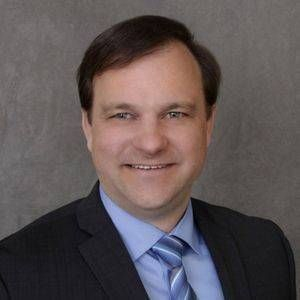 “The Broker’s License is a Top Tier Designation in Residential Real Estate and it requires over 180 hours of training, which is great because with this knowledge I can better help my clients.”
— Jason Mero

WOODBRIDGE, VIRGINIA, USA, June 25, 2019 /EINPresswire.com/ — Jason Mero is an awe-inspiring, exemplary and accomplished Real Estate agent at Weichert Realtors® in Woodbridge, Virginia. He is also a retired United States Army Veteran and recently obtained his Broker’s License. He says, “The extra coursework covers topics such as ethics, contracts, taxes, and insurance at a more in-depth level than what’s taught in a real estate agent pre-licensing course. Also, I learned more about real estate legal issues and how the law applies to operating a brokerage, real estate investments, construction, and property management. As a result, I have a more in-depth knowledge of the real estate business which can help me serve my clients with their real estate needs.

Jason was born in Auburn, New York, and was a volunteer Fireman and Emergency Medical Technician (EMT) at age 17, before graduating from Auburn High School. He also joined the National Guard while still in high school and then became Active-Duty in the Army in 1994.

Jason went to Fort Benning in Georgia for basic training and Advanced Individual Training (AIT) his first Active-Duty Station was at Fort Knox, where he was assigned to the only deployable Infantry Brigades. He transferred to Korea and stationed at Camp Greaves. He says, “We supported the Demilitarized Zones (DMZ), joint security activities and the UN forces. We were the Quick Reaction Force (QRF), capable of rapid response to developing situations and had equipment ready to respond to any type of emergency.”

Jason then transferred to Redstone Arsenal in Huntsville, Alabama to attend the Explosive Ordinance Disposal (EOD) school and was selected as a Bomb Specialist.

Jason then changed Duty Stations to Tooele Army Depot in Utah before deploying to Kosovo. “We supported NATO forces there supporting the Counter Improvised Explosive Devices (IED) mission.” He states, “We investigated and gathered evidence from house bombings and turned it over to the NATO forces.” He then returned to Fort Irwin to clear, then relocated to Fort Drum in New York.

While at Fort Drum, Jason supported the local law enforcement in New York, Pennsylvania and Vermont. He also worked with the Secret Service and the United States Department, protecting foreign Dignitaries, the President of the United States, The Vice President and their families, including the First Ladies. This involved searches for hazardous device in hotel rooms, travel routes, restaurants and anywhere else the officials would have to go.

Jason then deployed to Kuwait, Saudi Arabia and Qatar, came back to the U.S. briefly, and was redeployed to Iraq in 2003. “In Kuwait, we supported the Military forces going into Afghanistan, with all of their shipments going through clearances. We conducted training operations and secured the Naval piers, making sure there were no hazardous devices there. We cleared the routes for the Military convoys moving to and from different points. We also cleared areas for additional camps to be built to assist with the creation of Forward Operating Bases.”

Jason then rotated back to Fort Drum and trained for additional overseas missions. He then deployed back to Kuwait to go into Iraq to support the 101st Division out of Fort Campbell, and the 3rd Infantry out of Fort Benning.

Jason served in Mosul before returning to America, where he changed Duty-Stations to Picatinny Arsenal, New Jersey. Here, Jason took on a research and development role. He says, “Our main function was to develop procedures for our EOD Soldiers in the field. Any new Military equipment was designed, tested and developed including unmanned ground vehicles.”

Jason was soon deployed back to Afghanistan to do counter-insurgency, counter-terrorism and counter-IED tactics. He was in our nation’s front line on terrorism: small cells of highly trained, passionately committed investigators, analysts, linguists, tactics experts, and other specialists from dozens of U.S. law enforcement and intelligence agencies, uniting together in the line of fire – far away from home. When it comes to investigating terrorism, they do it all: chase down leads, gather evidence, detain suspects, provide security for special events, conduct training, collect and share intelligence, and respond to threats and incidents at a moment’s notice. As Jason puts it: “We eliminate the bad guys…”

When Jason returned to the U.S., he was sent out to different conferences to talk about his experiences overseas. He then went to Korea for a year assigned as a First Sergeant in the only Army EOD unit in Korea. His responsibilities included supporting NATO forces on the peninsula. His organization supported the US Secret Service and State Department assisting with the protection of V.I.P.’s. He trained, led the Company, mentored the team leaders and made sure they were prepared to go out on their missions to support full spectrum EOD operations.

Jason returned to Fort Belvoir in Virginia and supported the Washington D.C. Capitol region, Maryland, Virginia, West Virginia and the DoD’s Secret Service missions. He then went to Fort Lee to assist with the further development of EOD. He assisted with doctrine and equipment development – and retired in 2003 after a stellar and dangerous Military career, in service of his country.

Jason is married to his beautiful wife, Melinda and they have two wonderful children, Rian and Lucus. He decided to become a Real Estate agent because he wanted to help guide and mentor fellow Military members and their families in finding homes, since it was always a challenge for him. It was a natural progression for him.