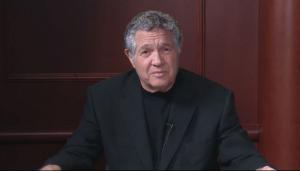 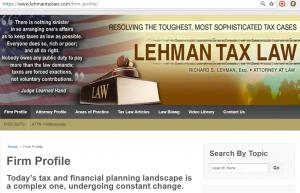 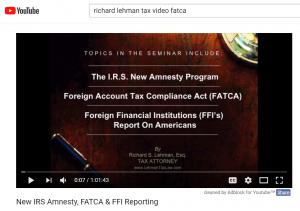 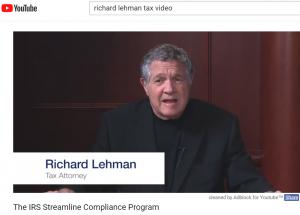 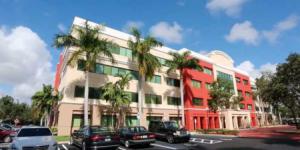 … Investigating offshore tax evasion remains a top priority for the IRS. … Furthermore, with the fast-developing analytics of today, it is much more difficult to hide bank accounts offshore …”
— Richard Sam Lehman, Tax Lawyer

So far, U.S. taxpayers with such foreign bank accounts could report such accounts and come into compliance with lesser penalties based on the IRS “Offshore Voluntary Disclosure Program” (OVDP). OVDP is a voluntary disclosure program for taxpayers who have hidden foreign bank accounts and prefer to avoid potential criminal liability and/or substantial civil penalties. It commences by providing IRS Criminal Investigation (CI) with the taxpayer’s name, address, taxpayer identification number and date of birth. The IRS then issues a “pre-clearance letter” and taxpayers proceed with a more complete disclosure in the form of a summary letter with exhibits (“Offshore Voluntary Disclosure Letter”). But this program will end in fewer than 60 days. After September 28, 2018, taxpayers will no longer be able to receive IRS clearance in advance (CI) to avoid severe penalties. Thus, it is extremely important for U.S. taxpayers to take advantage of clearing their unreported foreign bank deposits and other assets in the waning days of the OVDP.

Richard Lehman explains that the expiration of the of the OVDP does not indicate any change in IRS enforcement priorities. In fact, “Investigating offshore tax evasion remains a top priority for the IRS. The IRS continues to enforce offshore compliance with information received under the Foreign Account Tax Compliance Act (FATCA), which is the network of intergovernmental agreements among the U.S. and other countries, as well as sources such as the Department of Justice’s Swiss Bank Program. Furthermore, with the fast-developing analytics of today, it is much more difficult to hide bank accounts offshore.”

The Foreign Account Tax Compliance Act (FATCA) requires that foreign financial institutions report the foreign assets held by U.S. taxpayers, or be subject to withholding on certain payments. FATCA is an important means for controlling tax evasion, by requiring U.S. taxpayers with foreign financial assets outside the United States to report such assets on tax declarations.

U.S. Taxpayers who fail to report under the OVDP by September 28 may be subject to much more harsher penalties, explains Richard Lehman. “This includes a penalty for failing to file the Form TD F 90-22.1 (Report of Foreign Bank and Financial Accounts, commonly known as an “FBAR”). Generally, the civil penalty for willfully failing to file an FBAR can be as high as the greater of $100,000 or 50 percent of the total balance of the foreign account per violation. Even non-willful violations can still be subject to a $10,000 penalty per violation."

In conclusion, Richard Lehman opines that “it is extremely important for taxpayers who have foreign bank deposits and other types of foreign assets to take advantage of the waning days of this program while they still have the opportunity. Otherwise they may face tax evasion charges with prison terms of up to ten years and a fine of up to $500,000. If you control such unreported foreign assets, then now is the time to seek expert tax advice.”

Mr. Richard Lehman’s video about The IRS’s FATCA, Streamlined Compliance Procedure and other Amnesty Information is at https://www.lehmantaxlaw.com/fatca-streamlined-compliance/

Mr. Lehman’s video about "The IRS Offshore Voluntary Disclosure Program" is at https://www.youtube.com/watch?v=sQnH7Vx0jRM.